Grief is universal – everyone has it inside of them, it’s just dormant, if you’re not dealing with having ‘lost’ someone or something.

Here’s your chance to get in touch with it:

Meet Zach Sobiech, who says: ‘You don’t have to find out you’re dying to start living’.

‘While his music became a hit, it was his incredible message that touched millions: do not waste another second before you start truly living your life.’

You Never Know When It Next Hits You – Grief…

I’m not shy to expose myself to the stories of families grieving for the loss of their children.

Some of you might think: ‘Why expose yourself to that?’

The answer is simple: Grief, the emotion felt when remembering the loss of Amya is there whether I meet it or not. It does not just go away because I don’t feel it for a moment. One father in a support group of parents dealing with the loss of their babies pre or post birth once put it poignantly: ‘Why would I want the pain to end? The pain is the very connection to my daughter.’

Today I read the story of a family who lost their 4 year-old son. Today I met my own grief. It doesn’t happen every time I read stories like theirs, but it happens when a memory gets triggered. Heather, the mother of the boy, described the last bath they gave to their son and suddenly I remembered. 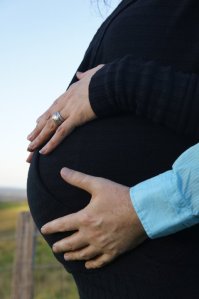 In honor of ❤ Amya Mirica Hope ❤ Please read on…
Remember Return To Zero – the film I’m passionate about because it is addressing the taboo of stillbirth, child loss, miscarriage… This film is a touching contribution to help lift this taboo. Please, do this worthwhile cause a favor and MAKE A PLEDGE to go and see the film on an opening weekend in a city near you.
It’s easy to do, simply by filling out this form: http://bit.ly/16H3uNz
No sign up or cost!
As your local leader, please do me a favor to add my name – my aim is to collect at least 100 local pledges, not because I get anything for it, but because, as you know, the topic of neonatal death is very close to my ❤

A “Rainbow Baby” is a baby that follows a miscarriage or still birth. “Rainbow Babies” is the understanding that the beauty of a rainbow does not negate the ravages of the storm. When a rainbow appears, it doesn’t mean the storm never happened or that the family is not still dealing with its aftermath. What it means is that something beautiful and full of light has appeared in the midst of the darkness and clouds. Storm clouds may still hover but the rainbow provides a counterbalance of color, energy and hope.

Once you are part of the circle of people who have lost a child you will become familiar with that term. I have.

I also have a become familiar with the term “Sternenkind”, German for “star child” which is a term used for a child which has returned to the stars soon after birth or who have received their angel wings even before they saw the light of day in this world.

Recently, when participating on a family constellation workshop I was touched to hear that every child is counted from the moment of conception. I now understand my situation much better – click here to read more.

Still, the topic is such a taboo that I’m glad to know that RETURN TO ZERO, a recently made film, is helping to life this taboo. The film hasn’t yet been released for the cinemas but they are doing their best to get it out into the open.

Have a look here: (a copy of their most recent Facebook status – click here to follow their page on FB)
Here’s your first glimpse at RETURN TO ZERO!

Become a Local Leader in your community to ensure that RETURN TO ZERO makes it into theaters!

There are lots of words written about what NOT to say in response to grief but not enough about HOW to respond to grief. This is my experience about what could help when in grief. It specifically is my experience in relation to the death of my 3-day-old baby and the suicide of my mother, it may however also be the case for other people’s grief in different circumstances.

Inquire how I’m doing, what I’m feeling. Don’t tell me ‘it must be hard’ or ‘you must feel so awful’. Ask me, don’t tell me. Ask again tomorrow and the day after tomorrow. Be gentle when asking, it needn’t be an interrogation.

This is the simplest and most appropriate sentence. It bridges any ‘I don’t know what to say’ or ‘I’m lost for words’ moment, any awkward silence that you might be tempted to fill with clichés. Don’t. Just say ‘I’m sorry for your loss’.

I have said it myself.

I hear people say it.

Who are we to know ‘what was or wasn’t meant to be?’ anyway??? The statement itself is just that: a statement. Something that is said to attempt make us or others feel better, to accept the inacceptable, to continue in the face of the not-understandable, to find justification for something that has none.

Whatever realm you fit it in, it has little to no place in response to someone grieving. If they say it, ok. If you say it, not good. Totally wrong. Out of place.

Whether someone dies or lives is just that. Whether you chose to believe it’s because it’s meant to be or not, is your choice but PLEASE do not try and console anyone in any kind of grief with this cliché. It’s totally out of place.

It might sound good it relation to romanticism, but that’s it.